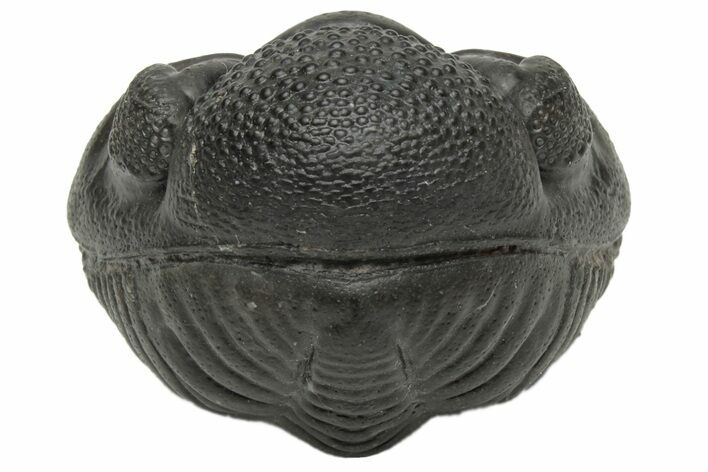 This is a 1.45" wide, enrolled specimen of Pedinopariops (Hypsipariops) vagabundus from Mrakib, Morocco. It has been completely removed from the limestone it was found in and has nice eye facet preservation. It has less than 1% shell restoration along a repaired crack.