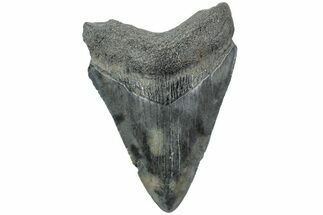 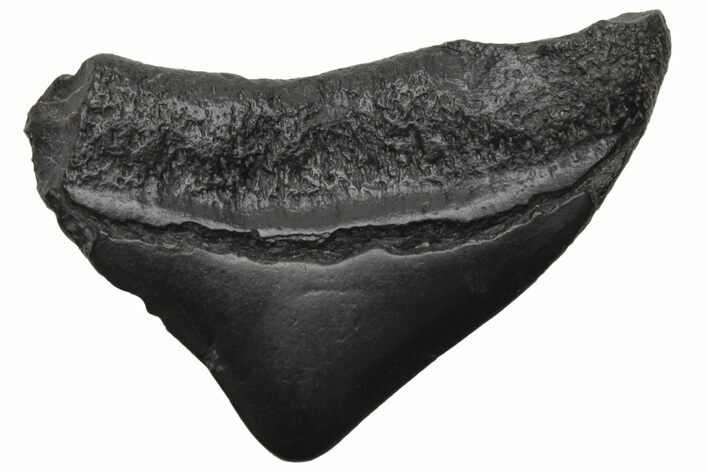 This is a cool little Megalodon tooth. It's a posterior tooth from a juvenile Megalodon shark. Posterior teeth have a distinctive shape but are much rarer than teeth from other positions.