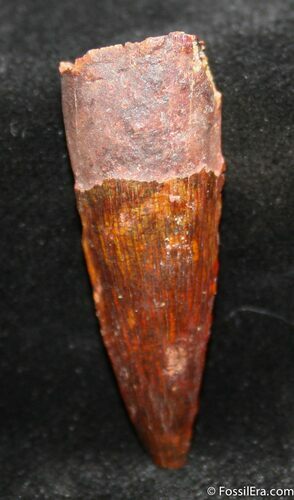 While not the largest Spinosaurus tooth in the world, the preservation on this 1 1/2 inch tooth is spectacular. The enamel is in great shape with nice dark reddish-brown color and it is complete tip to root. You just don't find teeth in this good of shape very often. There is absolutely no restoration or repair on the tooth.