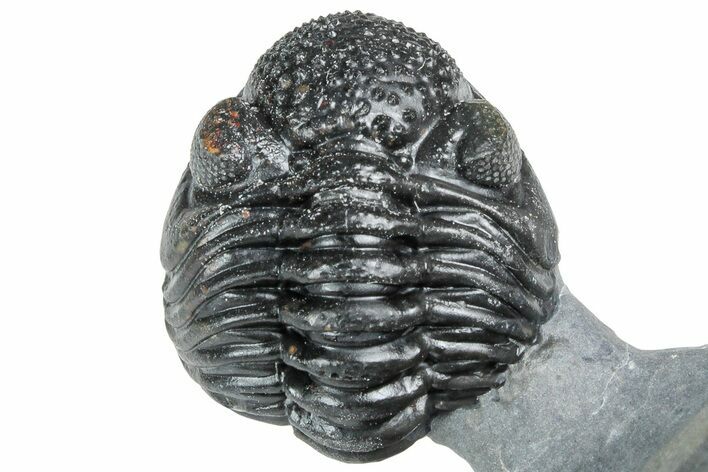 This is a really detailed, enrolled Morocops trilobite from Morocco. It was prepared so that the rock creates a natural display base for the fossil. The trilobite would be about 1.5" long it outstretched.