1.5" Spinosaurus Tooth - Great Enamel On One Side 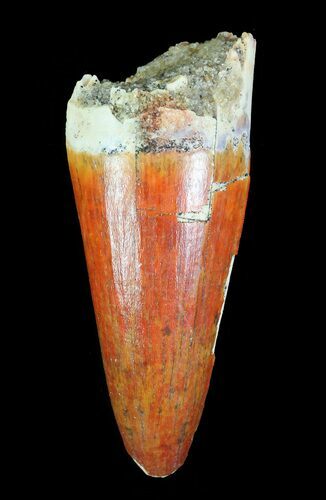 This is a 1.5" long tooth a Spinosaurus, the largest known meat eating dinosaur. It is from the Kem Kem Basin in Morocco and is Late Cretaceous in age.

The enamel of this tooth was nicly preserved, there is some visible damage and repairs on one side on the lower half of the tooth.