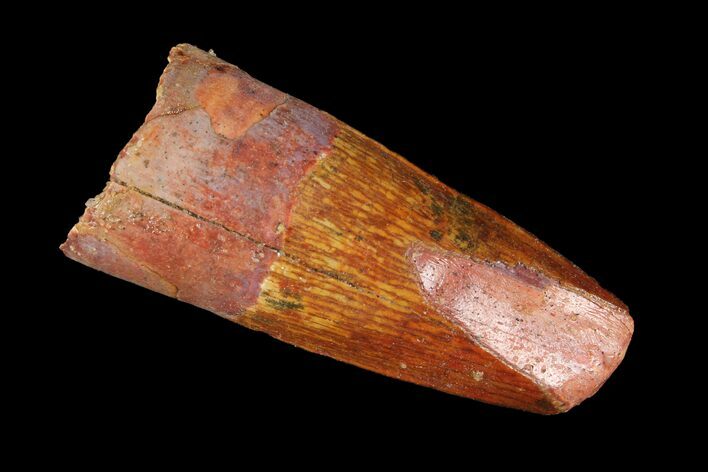 The enamel is in great condition and the tip has undergone significant feeding wear/damage.