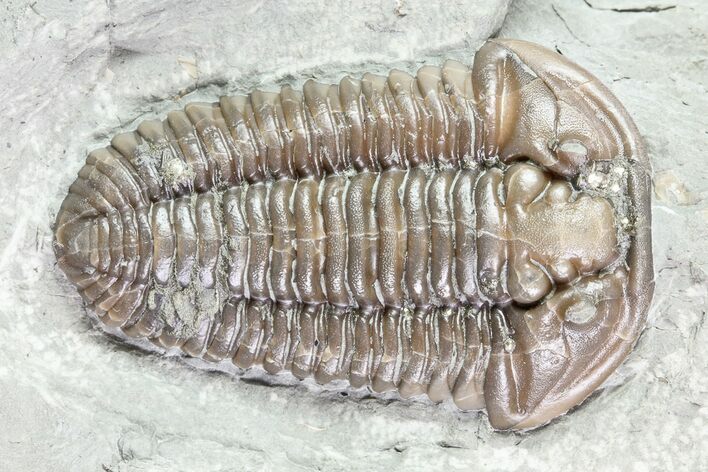 This is a large, prone specimen of Flexicalymene retorsa from the famous trilobite locality at Mt. Orab, Ohio. At 1.55" long this is the top few percent size wise for these trilobites and it's nicely inflated and prepared using air abrasives. Another cool feature to this specimen are the small pyrite crystals that have formed on the exterior of the trilobite.