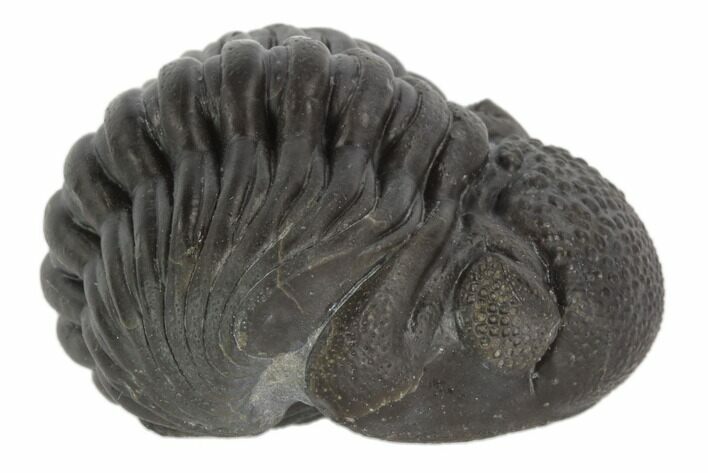 This is a 1.55" wide, partially enrolled specimen of Pedinopariops (Hypsipariops) vagabundus from Mrakib, Morocco. It has been entirely removed from the surrounding limestone. Nice eye facets in the right eye but there is some shell weathering to the left. 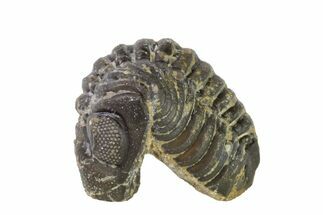 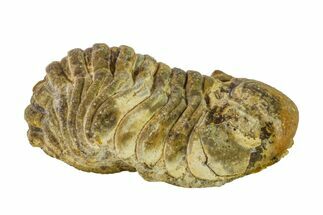 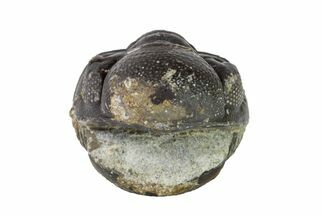