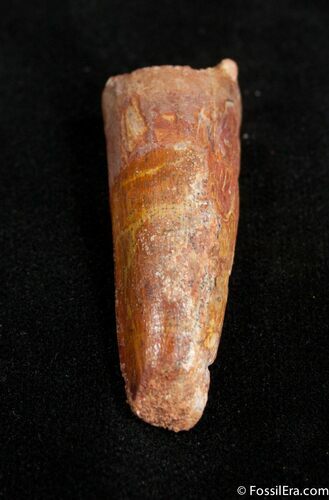 Here is a small Spinosaurus tooth with no repair and restoration. The tip is missing but it has really nice light colored enamel preservation.