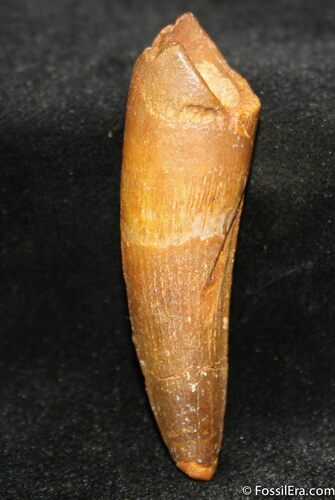 This is a truly killer Spinosaurus tooth. It's just under 1.8 inches in length and complete root to trip with only a hairline crack which was repaired. Both the enamel and root preservation on this tooth is wonderful. This is truly a showy tooth from one of the greatest meat-eating dinosaurs to roam the planet.