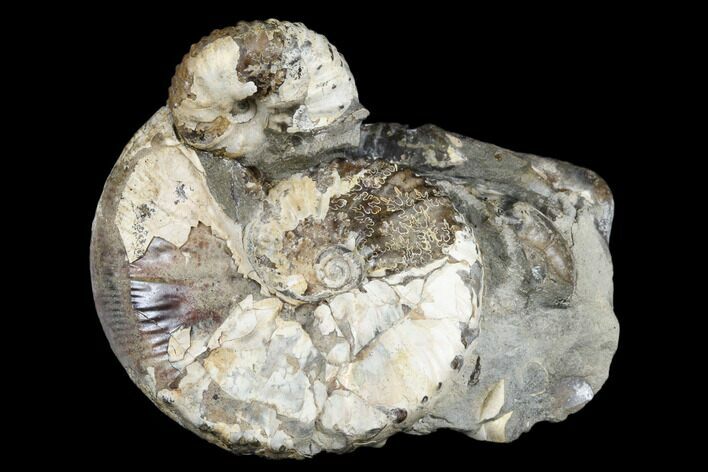 This is a 1.8" Hoploscaphities nicolletii ammonite specimen collected from the Fox Hills Formation of South Dakota. It's been wonderfully prepared in the hard concretion it was found in. It has some nice iridescence to it. 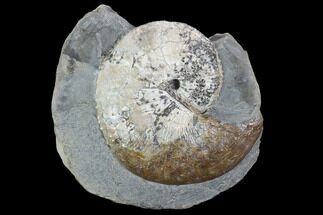 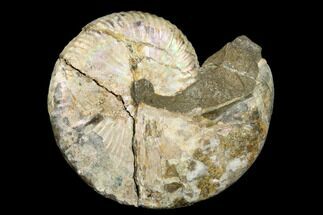 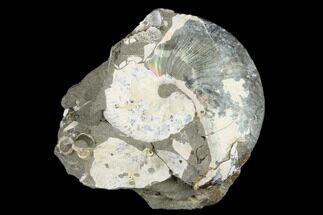 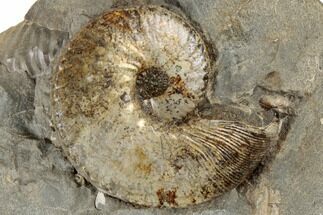