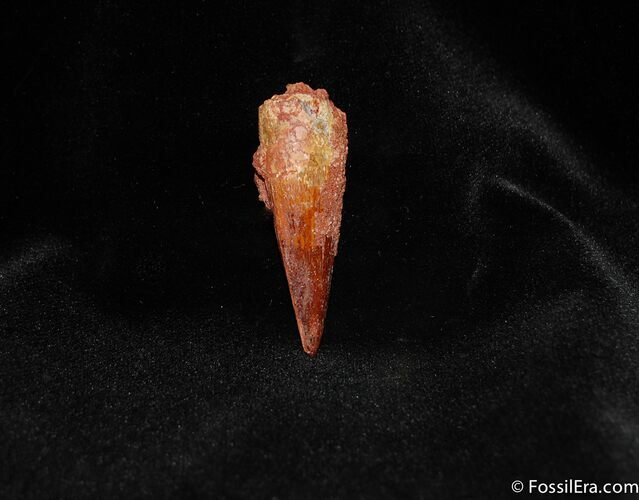 Here is a very nice 1.8 inch long Spinosaurus tooth from Morocco. It has wonderful enamel preservation and a killer tip to it with almost no wear. While not the biggest tooth, it is in great shape. This is a great change to own a real dinosaur tooth from the largest meat eating dinosaur ever to roam the planet.