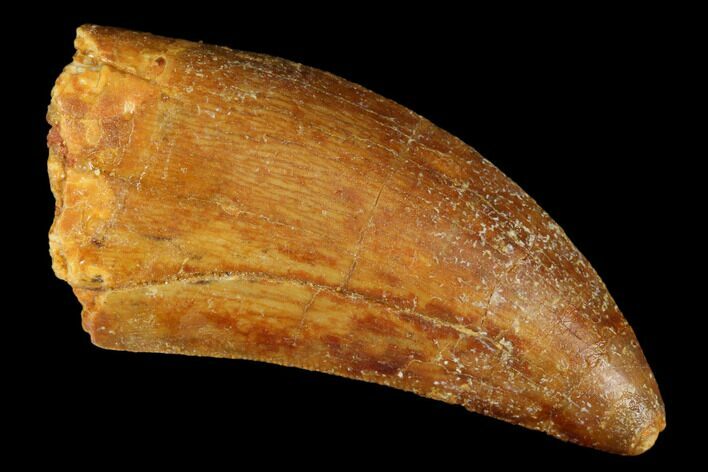 There are serrations along both edges of the tooth, though they're slightly worn down. There are stress fractures through the tooth, however there is no indication of any repair or restoration. 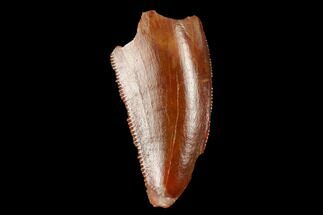 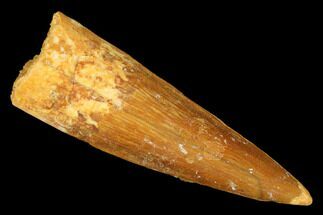 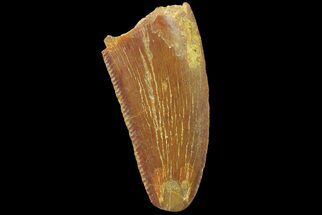 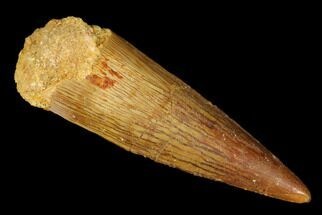