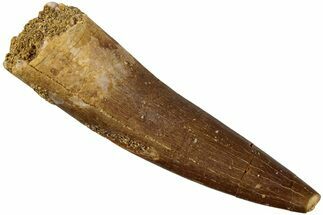 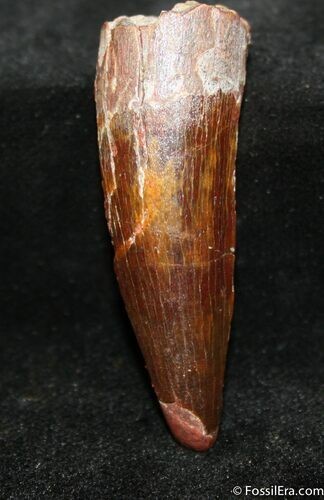 This is a nicely preserved tooth from the a true terror of the Cretaceous, Spinosaurus maroccanus. It was collected near Taouz, Morocco and is 1.81 inches in length. One side has spectacular enemal preservation while the other side is missing much of the enamel. There is a partial root present and the tooth goes right to the trip unlike many that are sheered off.

There is a repaired hairline crack through the tooth but no restoration. 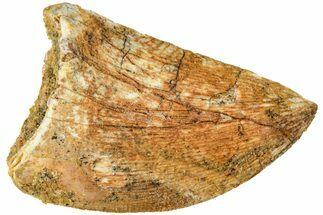