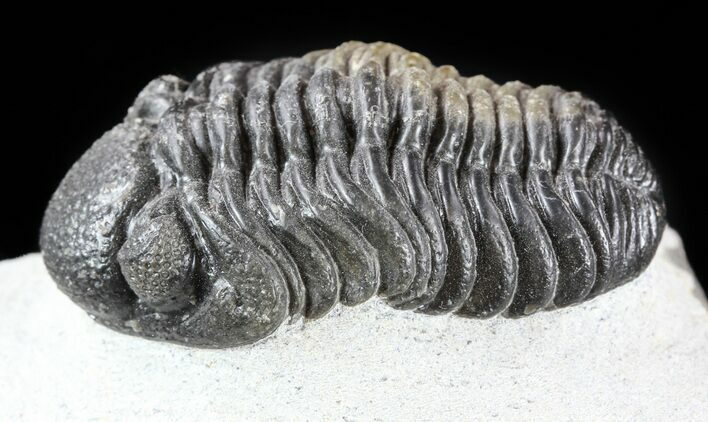 This is a detailed, 1.9" Morocops (Barrandeops) trilobite from the Devonian deposits of Morocco. It has a really cool, multi-colored shell preservation transitioning from black to tan. It's well prepared and clear eye facets can be seen in both eyes.