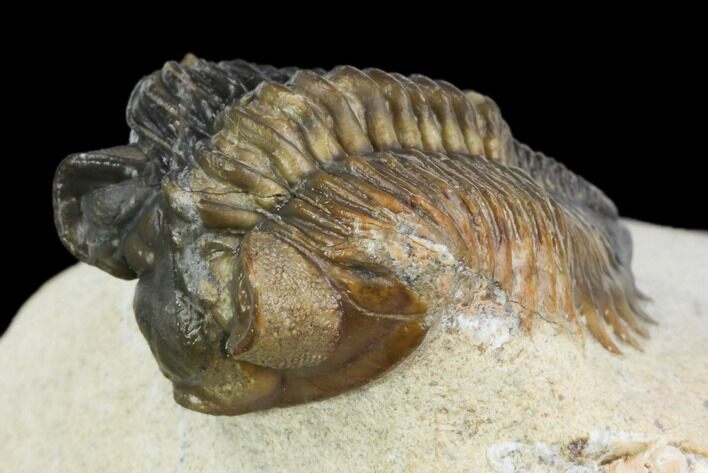 This is a 1.9" long, bug-eyed, Coltraneia trilobite with amazing "tower eyes" full of hundreds of eye facets. Nearly all of the Coltraneia come from Ofaten, Morocco but this one comes from Issoumour and has different preservation. It has a naturally multi-toned shell coloration due to one side of the trilobite being closer to a seem in the rock that allowed for minerals to be leached from the shell.