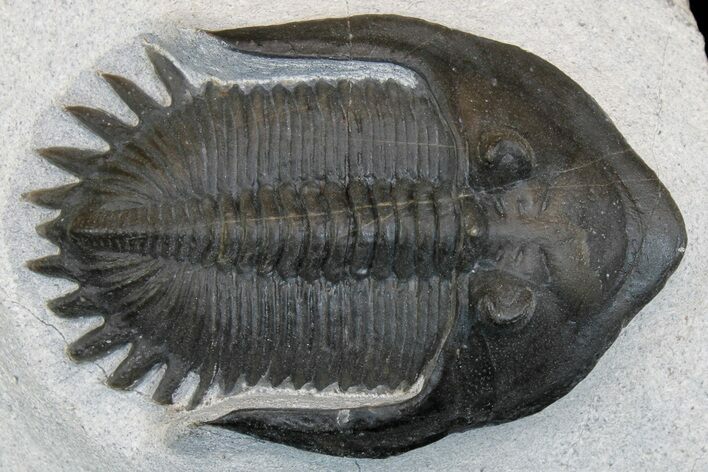 This is a nice, 1.9" long specimen of the uncommon trilobite Mrakibina cattoi. This species is quarried near Mrakib, Morocco. This specimen is quite large for the species, laid out perfectly prone and well prepared. A small amount of restoration on the right genal spine along a repaired crack.