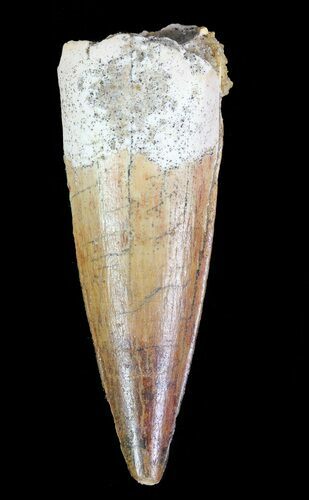 The enamel of this tooth was beautifully preserved, however the tip and edges have small chips of enamel missing. There is also a stress fracture running along the length of the tooth.