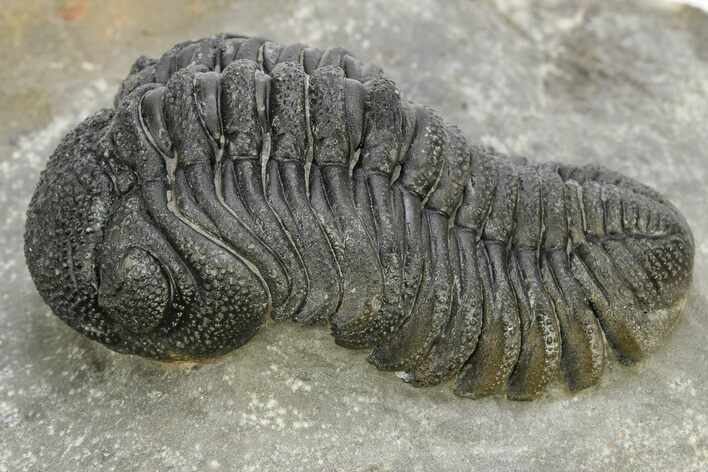 This is a very pustulous, 1.9" long Morocops trilobite from Morocco. Excellent preservation and preparation with less than 1% shell restoration. It looks like it is about to crawl off of the rock.