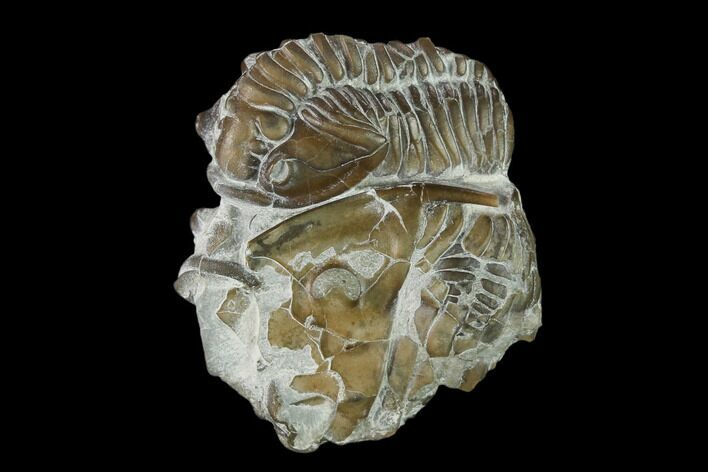 This is a 1" long Flexicalymene retrorsa trilobite fossil from the famous trilobite beds at Mt. Orab, Ohio. It was cleaned using air abrasives under microscope.

The trilobite is heavily compressed/flattened and there are several other trilobite fragments on the rock next to it.