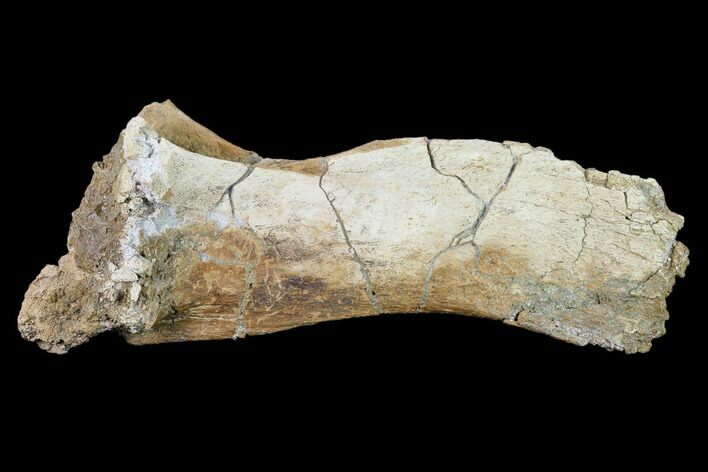 This is a 10.6" long spinous process from the dorsal vertebra of a large hadrosaur (Edmontosaurus annectens), collected from the Hell Creek Formation of Harding County, South Dakota. There are multiple repaired cracks through the process and it was found detached from the centrum. There is no indication of any restoration other than some minor gap fill through some of the larger cracks.