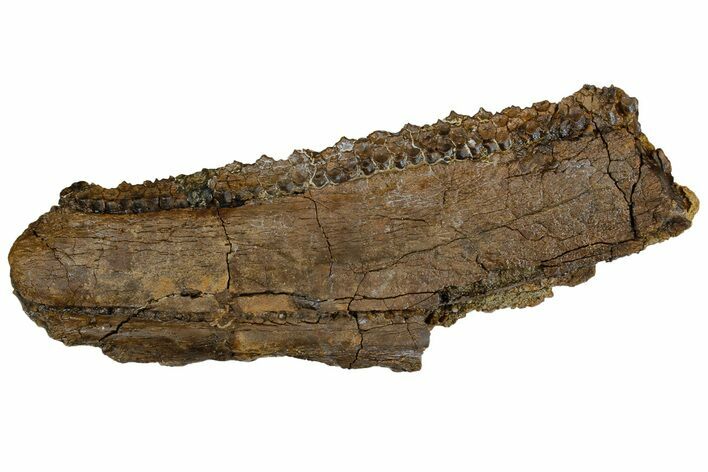 This is a 11.4" long maxilla of Edmontosaurus annectens with many of the teeth still in place. The preservation of the bone is quite nice, with very little restoration required to piece this beauty back together. It did require some spots of crack repair where the bone fractured and separated within the rock. Restoration is in the form of gap fill and was only required in spots where fragments of bone were lost where it fractured.

Many of the small details of the bone still remain, including natural grooves on the inside of the maxilla, as well as some of the foramina. Also... Look at all those teeth! This maxilla still contains a full battery of teeth with worn feeding surfaces from grinding down foliage.