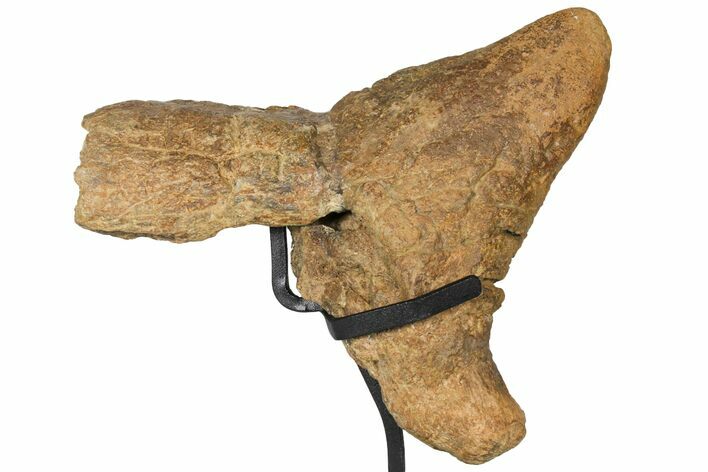 This is a fossil Triceratops nose horn collected from our partners' lease in the Late Cretaceous Hell Creek Formation near Bowman, North Dakota last year, making it about 66 million years old. It comes with the pictured metal display stand.