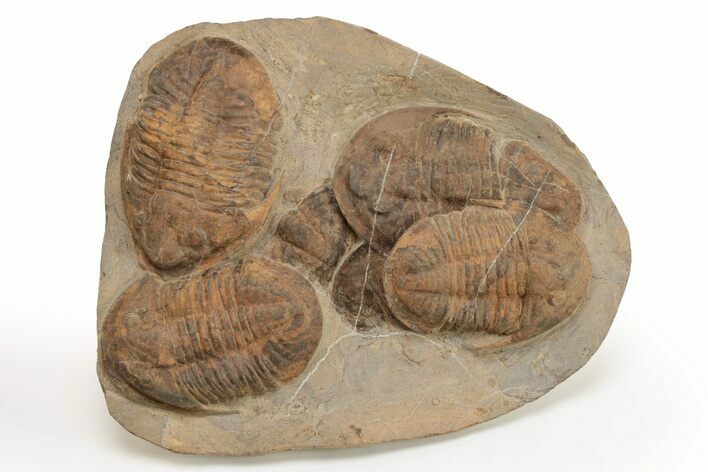 This is a piece of shale with four large Asaphid trilobites collected near Taouz, Morocco. The largest of the trilobites measures 6" long and the rock is 12.6 x 10.8". No restoration on this specimen. 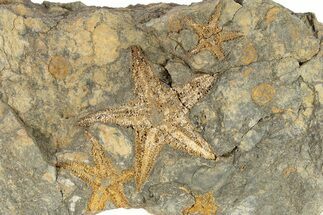