14" Association Of Large Trilobites & Other Arthropods 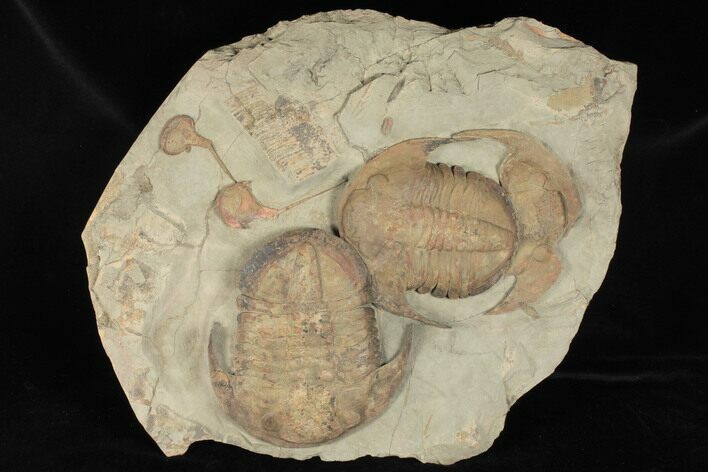 This is a very unique association of several types of arthropods on a 14" slab of shale from the Fezouata Formation of Morocco. The most prominent fossils on the plate are a pair of large Asaphellus trilobites, the larger of which is over 6" long. They bear some resemblance to Asaphellus cuervoae, but the genal spines aren't as long.

While trilobites are the most prominent fossils it is the other arthropods which are the most interesting. There are a pair of rare, and as far as we know, currently undescribed horseshoe crab ancestors of the order Xiphosura. The larger one measures almost 4" long, making it the largest example we've seen.

There is also a portion of a filtering appendage of a giant radiodont arthropod (Aegirocassis benmoulai). Aegirocassis could reach lengths of up to 2m long making it the largest known animal at the time. It likely evolved from the early predatory radiodonts of the Cambrian.