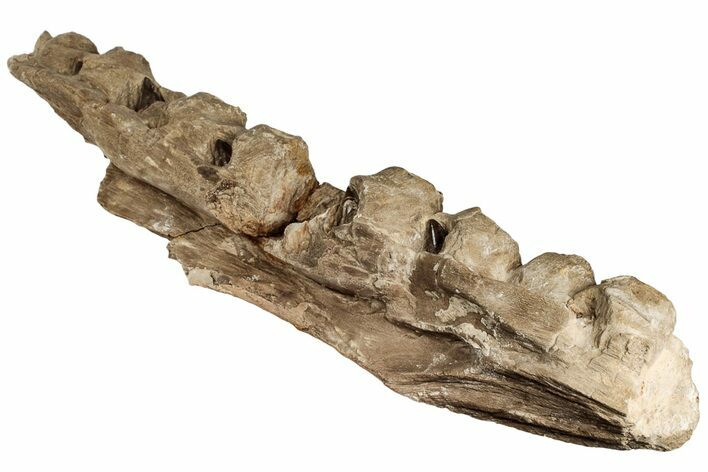 This is a nicely preserved 15.75" mosasaur (Tylosaurus) jaw section from Gove County, Kansas. It has fantastic bone preservation and five un-erupted teeth still deeply set in the sockets. Natural, well preserved, un-erupted teeth that weren't set in the jaw is a rarity and this specimen is an excellent example of the tooth replacement process. This is from the left side of the mandible (lower jaw).

This specimen comes with a display stand.

It has two large repaired cracks from when it was dug up. Aside from the occasional bit of glue stabilization, this specimen is in excellent condition.

Along with plesiosaurs, sharks, fish, and other genera of mosasaurs, Tylosaurus was a primary predator of the Western Interior Seaway during the Late Cretaceous. Among the largest of all the mosasaurs, Tylosaurus reached a maximum lengths of 14 m (46 ft). A distinguishing characteristic is its elongated, cylindrical premaxilla (snout) from which it takes its name and which may have been used to ram and stun prey and also in intraspecific combat. Tylosaurus was designated as one of two official Kansas state fossils in 2014.

The Smoky Hill Chalk Member of the Niobrara Chalk formation is a Cretaceous conservation Lagerstätte, or fossil rich geological formation, known primarily for its exceptionally well-preserved marine reptiles. It outcrops in parts of northwest Kansas, its most famous localities for fossils, and in southeastern Nebraska. Large well-known fossils excavated from the Smoky Hill Chalk include marine reptiles such as plesiosaurs, large bony fish such as Xiphactinus, mosasaurs, pterosaurs, and turtles.
How Large Did Mosasaurs Get?
SOLD
DETAILS
SPECIES
Tylosaurus sp.
AGE
Late Cretaceous (~83 Million Years) 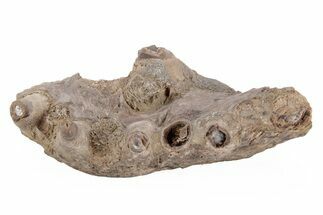 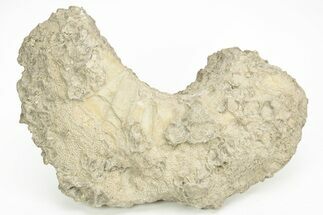 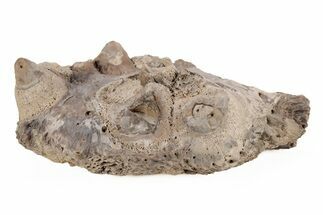