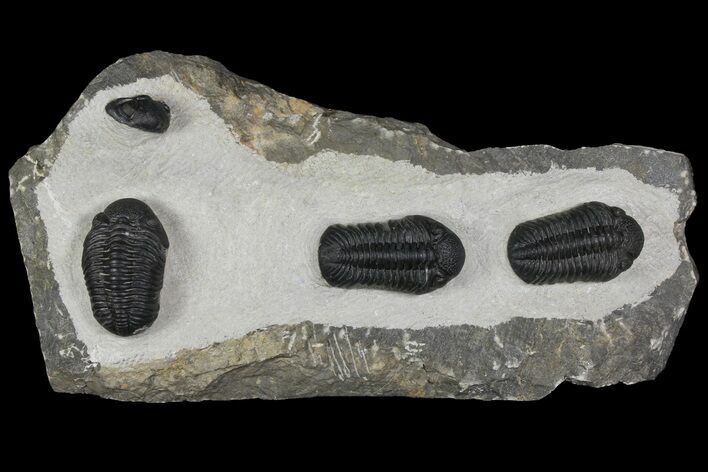 This is a 15" wide piece of limestone containing three complete Pedinopariops vagabundus trilobites. These large, phacopid trilobites are quarried from the Bou Dib Formation near Mrakib, Morocco. There are three Pedinopariops in the cluster along with a head of a forth trilobite. All of the trilobites measure just over 3 inches in length and have excellent eye facet preservation. Total shell restoration on the trilobites is about 2% along repaired cracks.