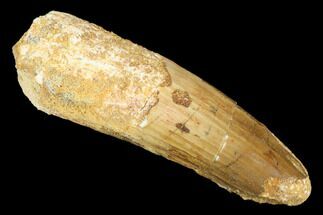 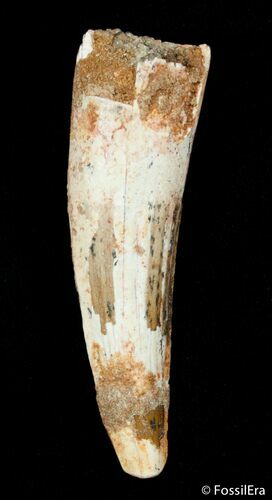 Here is a real dinosaur tooth from the largest carnivorous dinosaur to roam the Cretaceous, Spinosaurus. It's 2.27 inches long. There is a repair crack near the tip and much of the enamel is pretty worn.