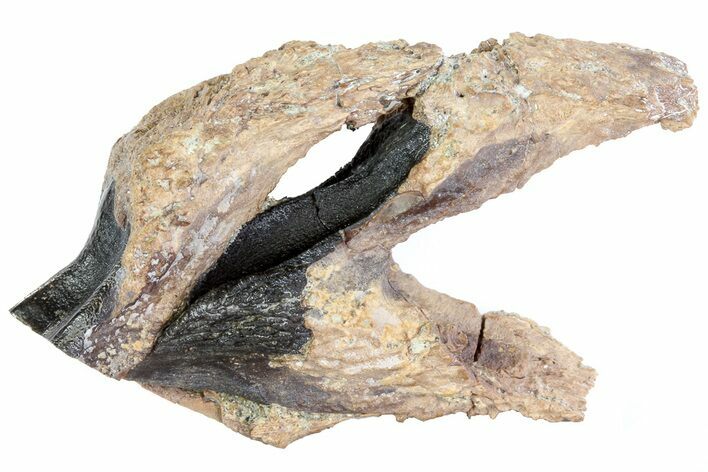 This is a really unique specimen, containing two associated teeth of Triceratops horridus, one of the most recognizable dinosaurs of all time. One tooth was exposed in the jaw and shows a significant amount of feeding wear to the surface. The second tooth underneath it is an unerupted tooth with no feeding wear which had been growing into place to replace the worn tooth.

This piece collected this past summer in South Dakota, and was part of a partial jaw that had been exposed and had mostly eroded away leaving some scattered, rooted teeth. There are a few repaired cracks in the root but otherwise this is a very nicely preserved specimen.