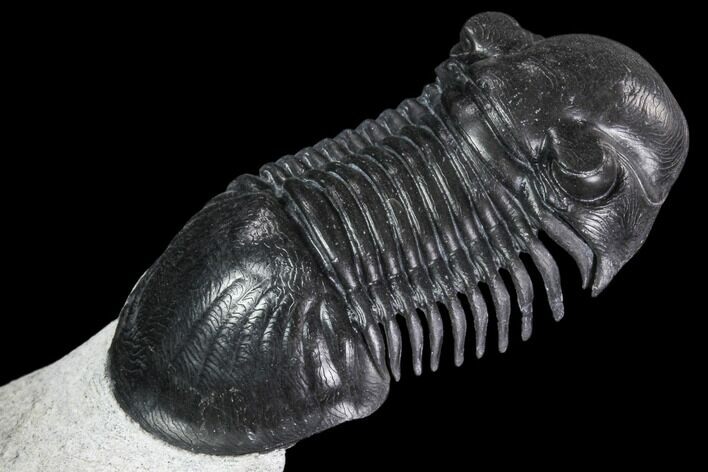 The preparation on this Paralejurus trilobite is unreal. It's been prepared by one of the best preparitors in the world, who spent dozens of hours working on it, and it shows. All of the small details such as terrace lines on the shell and tiny eye facets are visible with no air abrasive burning or airscribe dings. Most of the limestone has been removed from underneath the trilobite, leaving it flying above the rock in a very aesthetic pose. A real amazing trilobite specimen.