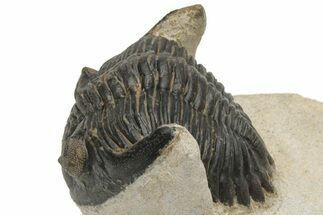 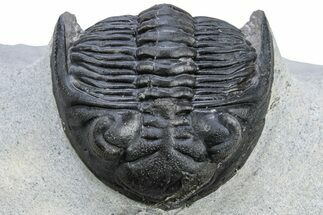 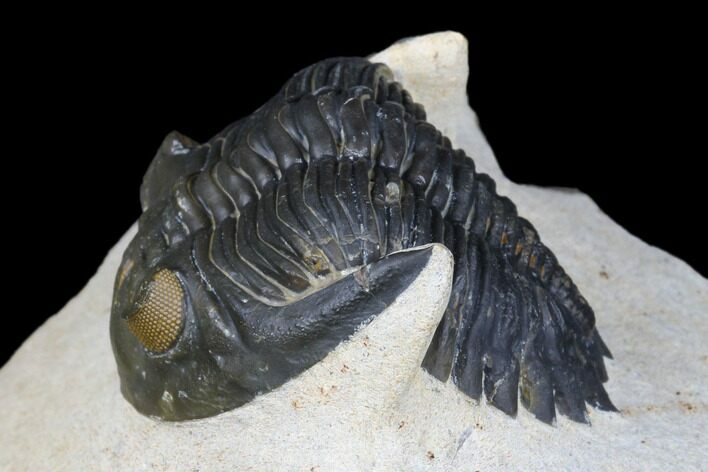 This is a detailed, 2.2" long (if outstretched) Hollardops mesocristata trilobite fossil quarried near Ofaten, Morocco. The left eye has an interesting, orange preservation which is sometimes seen on trilobites from this locality. There is some damage to the right eye though. 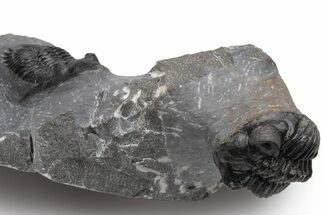 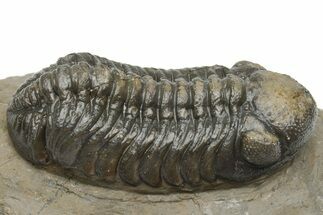