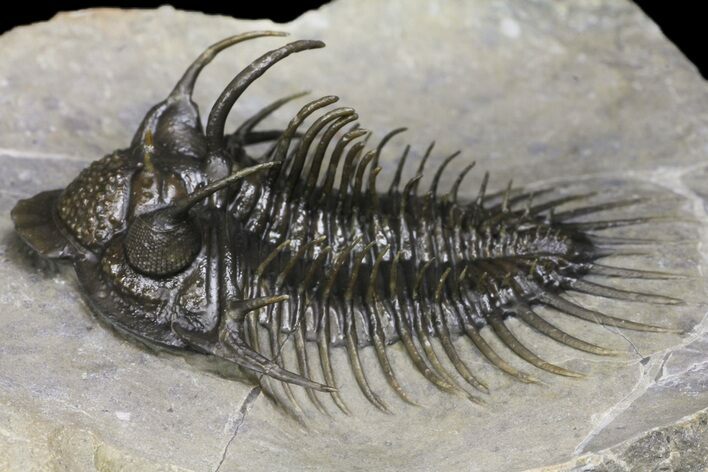 This is a 2.2" long, fantastically-prepared, super spiny Comura bultyncki trilobite. Just check out the shell detail including eye facets and dozens of free-standing spines. Probably 50-60 hours of prep work went into this marvelous specimen.