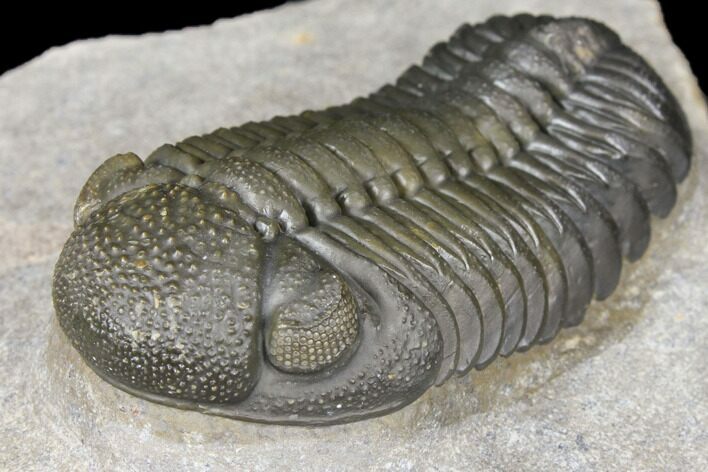 This is a 2.25" long Morocops trilobite from Ofaten, Morocco. It's laid out prone with very nice preparation and eye facet preservation. This is a very nice specimen.