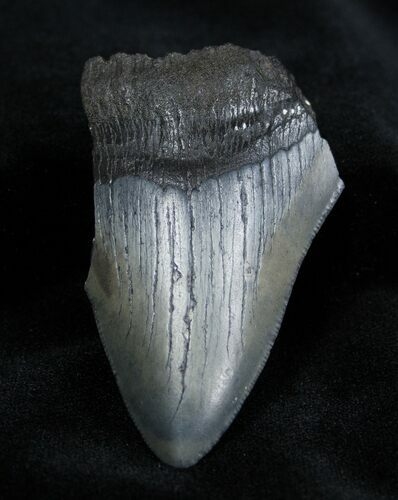 This is a 2 3/4 inch long partial Megalodon tooth from Georgia. It's an inexpensive fossil from the largest prehistoric predator to ever swim in our oceans.