2.3" Detailed Morocops Trilobite - One Half Prepared 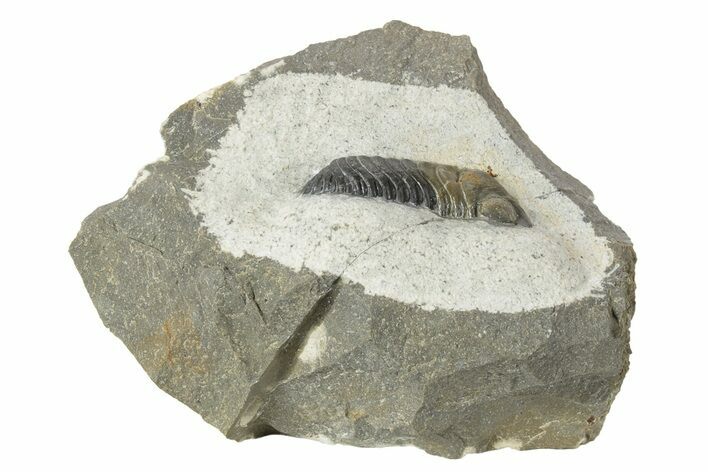 This particular trilobite is a 1.5" long Morocops collected near Ofaten, Morocco. The exposed half is well prepared with excellent detail including eye facets.