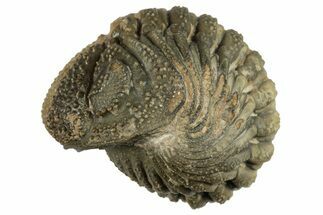 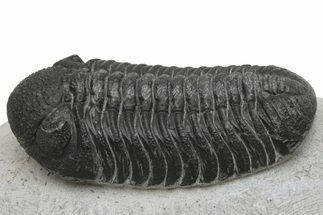 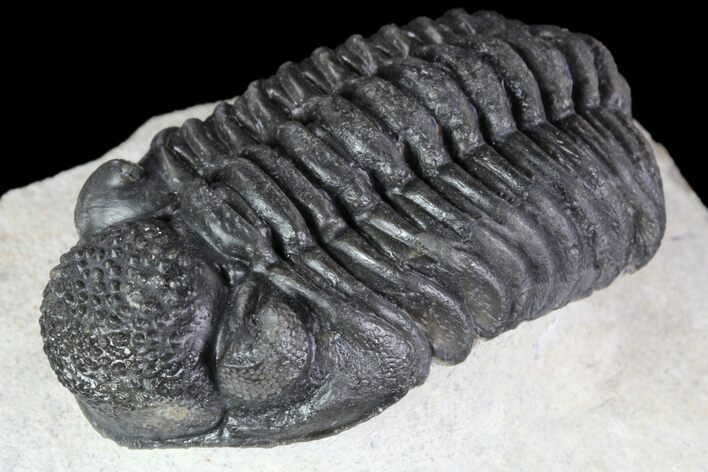 This is a 2.3" long specimens of Adrisiops weugi, a fairly rare species of phacopid from Morocco. It has a distinctive bulging glabella covered in large tubercles. This specimen is nicely prepared with nice eye facet preservation. About 3% shell restoration, mainly in a patch on the left-back side of the thorax. 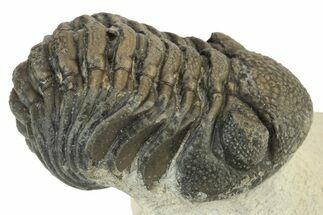