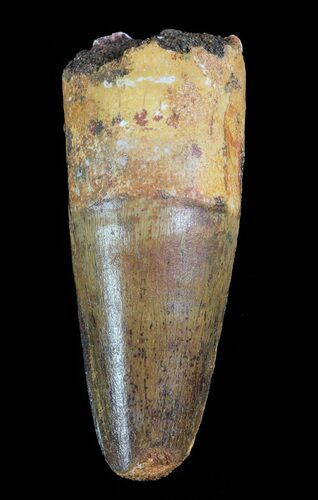 This is a nicely preserved tooth with decent enamel preservation. The tip of the tooth is broken, possibly from feeding damage, however the remaining to is in excellent condition.