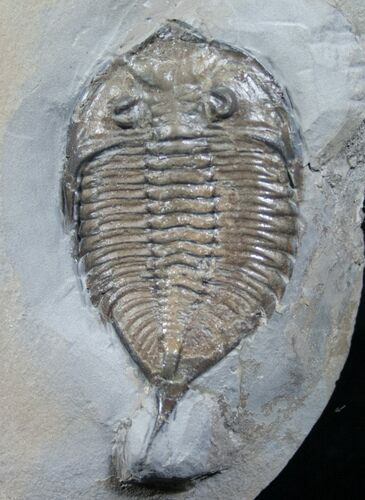 This is a classic US trilobite, Dalmanites limulurus from the Rochester Shale in NY. It was collected in the famous Caleb Quarry near Middleport, NY.

This is a high quality specimen with minimal repair and restoration. Nearly all trilobites from this quarry have some degree of shell restoration. 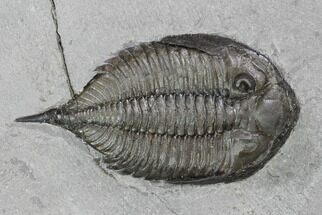