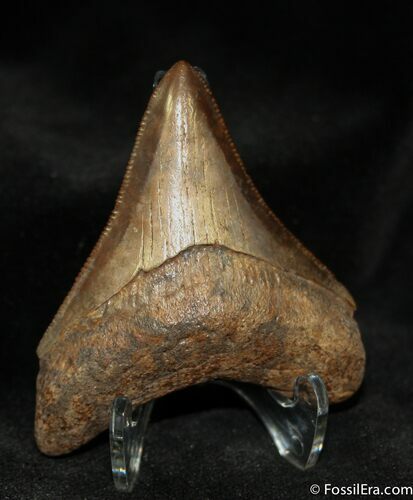 Here is a nice quality Megalodon tooth from Georgia displaying some great serrations along the edges with a nice tip. It's 2.4 inches in length and in overall great shape.