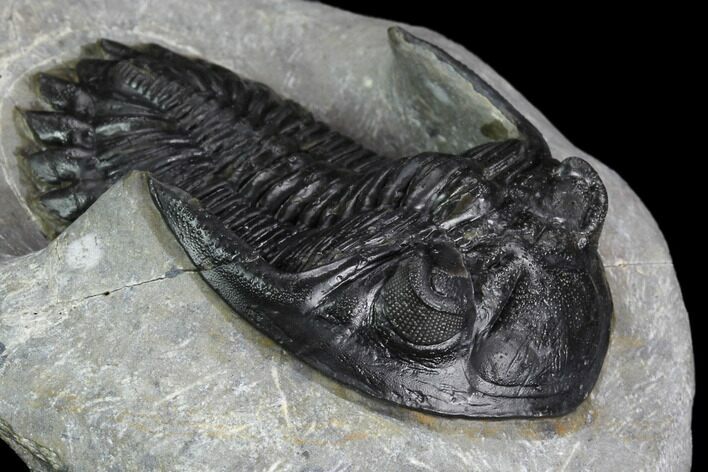 This is a detailed, 2.45" long Hollardops mesocristata trilobite fossil quarried near Ofaten, Morocco. Nice eye facet preservation it both eyes with good preparation. A really nice example of the species. There is about 1-2% shell restoration along the repaired cracks.