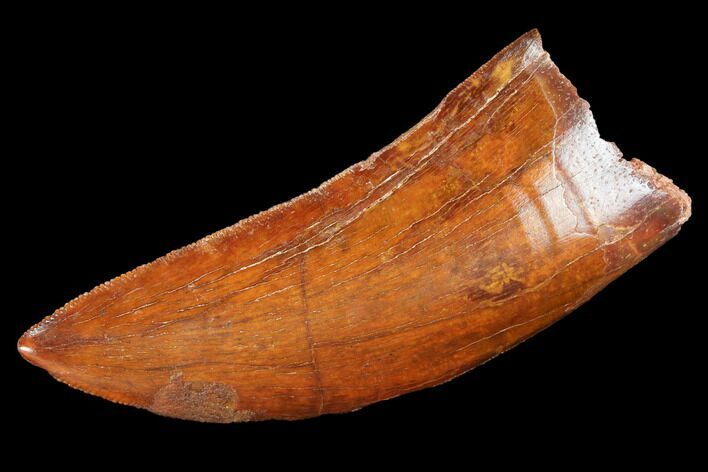 This is a serrated 2.50" long Carcharodontosaurus tooth from the from the Kem Kem Beds of Morocco. This massive theropod often gets compared to T-Rex but is actually thought to be larger.

This tooth has gorgeous enamel preservation, fine serrations and no feeding wear. There is one spot of restoration along the edge of the blade that was chipped.