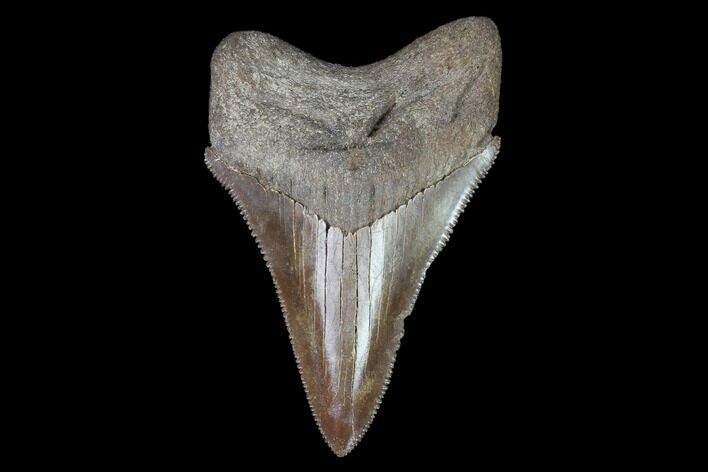 This is a beautiful, sharply serrated, 2.56" long Megalodon tooth collected in Virginia. Razor sharp serrations on this gem.