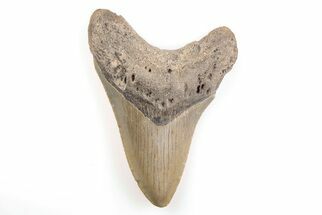 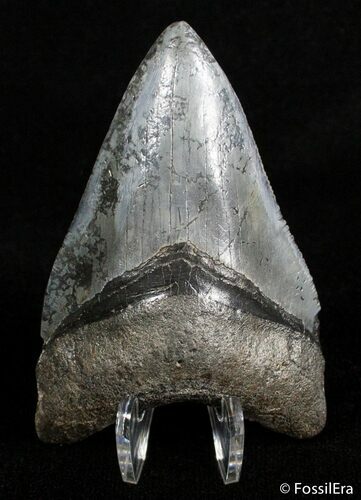 This is a nice complete 2.61 inch long Megalodon tooth. The serrations are a little worn but still can be felt by running your finger along them. 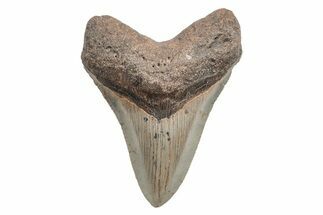