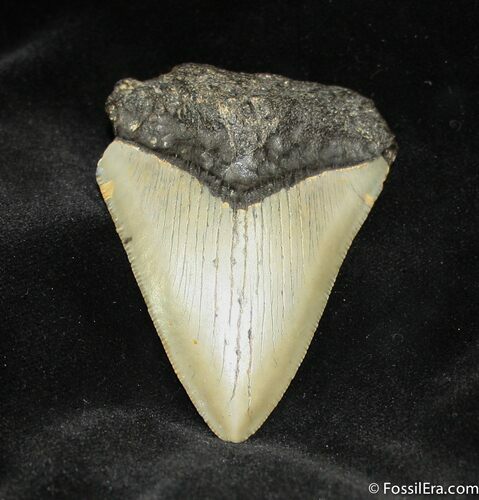 Here is a 2.68 Megalodon tooth from off the South Carolina coast. It's amazing to thing this tooth came from one of the greatest predators to ever roam our oceans. It has a beautifully colored blade with some serrations still visible along the edges and a nice tip.