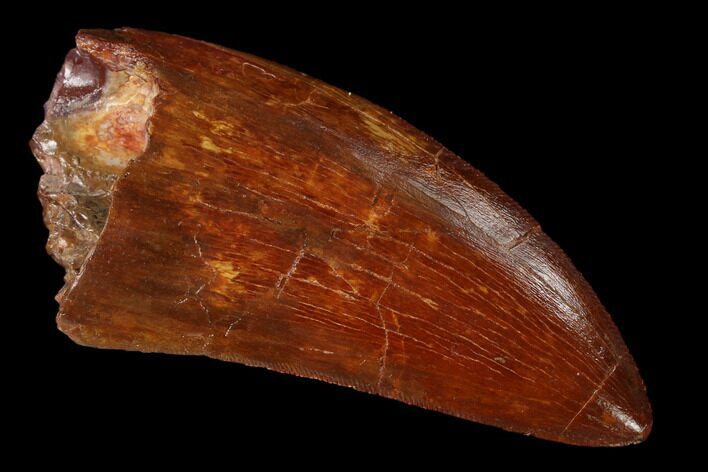 This tooth has gorgeous enamel preservation and excellent serrations. The tooth has two repaired cracks, one near the tip and one in the middle. There is also a little bit of restoration at the base of the tooth. 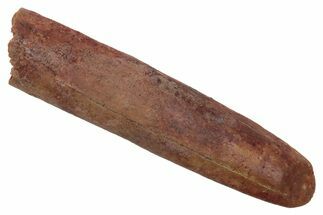 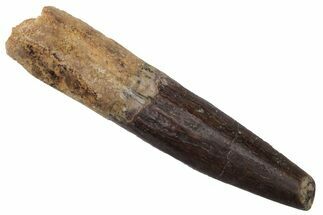