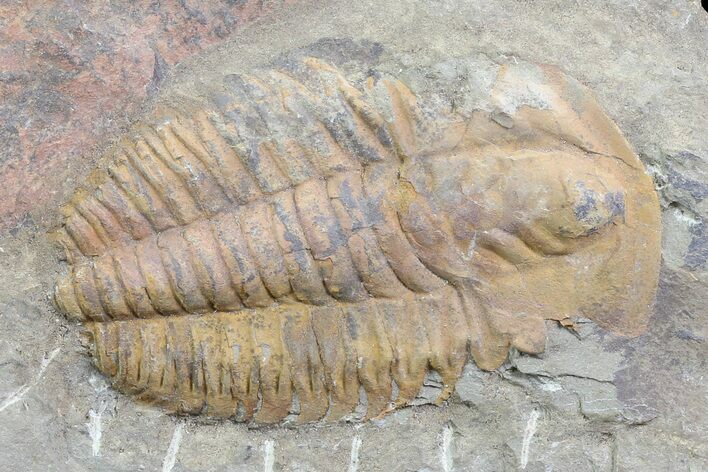 This is an 2.7" long specimen of the Middle Cambrian trilobite Hamatolenus. The bright orange coloration is natural and due to the oxidization of iron pyrite. There are quite a few species of the genus Hamatolenus from this locality and I wasn't confident enough to ID it down to a species level. This specimen is a molt, hence the bargain price. 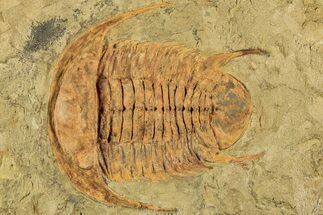