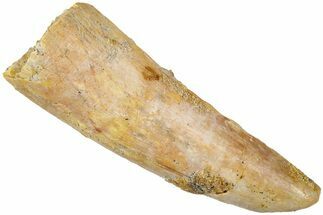 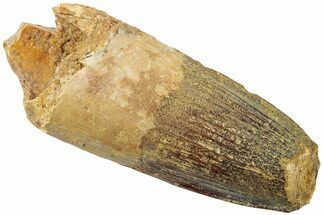 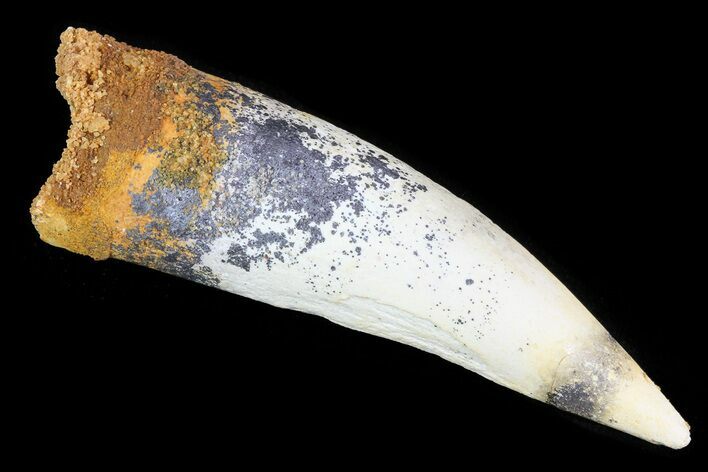 This is a 2.71" long tooth a Spinosaurus, the largest known meat eating dinosaur. It is from the Kem Kem Basin in Morocco and is Late Cretaceous in age, approximately 95 million years old.

This is a good-sized tooth but the enamel is completely worn away exposing the core which is replaced with a phosphate based mineral causing the white color. A very unique tooth. 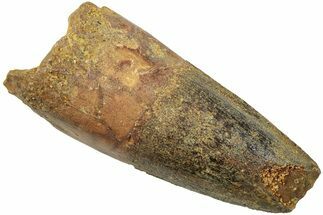 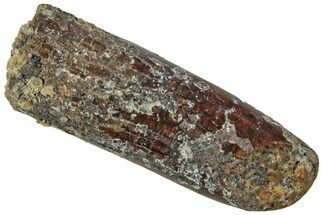 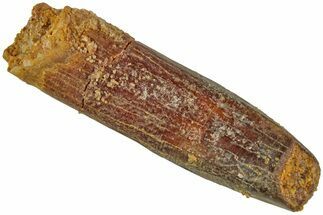 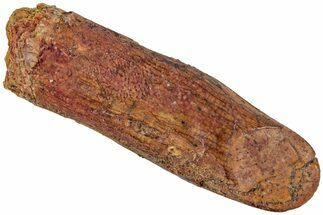