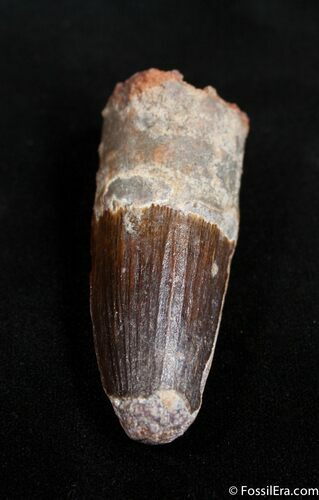 This is a 2 3/4 inch long Spinosaurus tooth from the Upper Cretaceous, Tegana Formation of Morocco. There is no repair or restoration on the tooth and it has a beautiful dark colored enamel with some of the root still present.