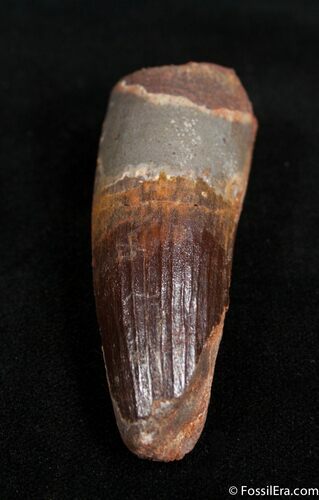 This is a 2.8 inch long Spinosaurus tooth with a deep red enamel preservation. This quality of enamel preservation is not seen in most teeth being sold. A partial root is present, though the tip of the tooth is damaged, most likely feeding wear from during the dinosaurs life-time. There is no repair or restoration on this fine tooth.