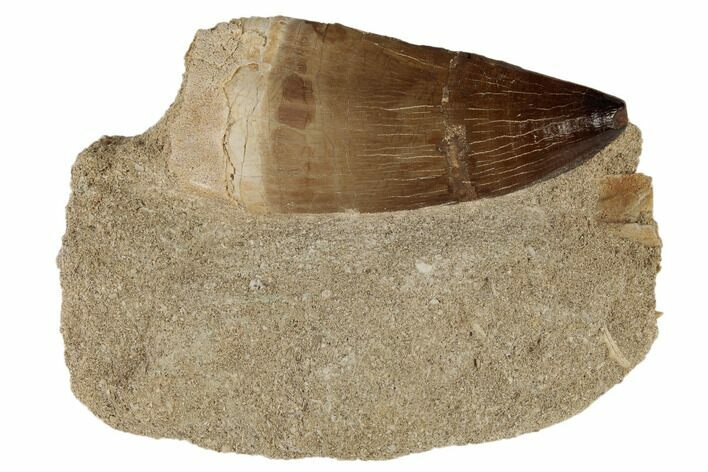 This is a 2.8" mosasaur (Prognathodon sp.) tooth and associated bony fish bones from the Late Cretaceous, phosphate deposits in the Oulad Abdoun Basin of Morocco. This tooth is of exceptional size but does have extensive reconstruction on one side. 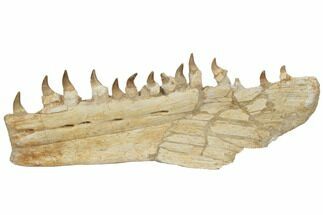 13.2" Mosasaur Jaw (Mandible) Section with Thirteen Teeth - Morocco
$1,395 $1,220
Our Black Friday Sale Has Started!
Our biggest sale of the year has just begun. All items sitewide are discounted 5-25%. We will be adding over 1,000 of new fossil, mineral and crystal listings throughout the week, as well as running some special discounts. So, be sure to check back often.